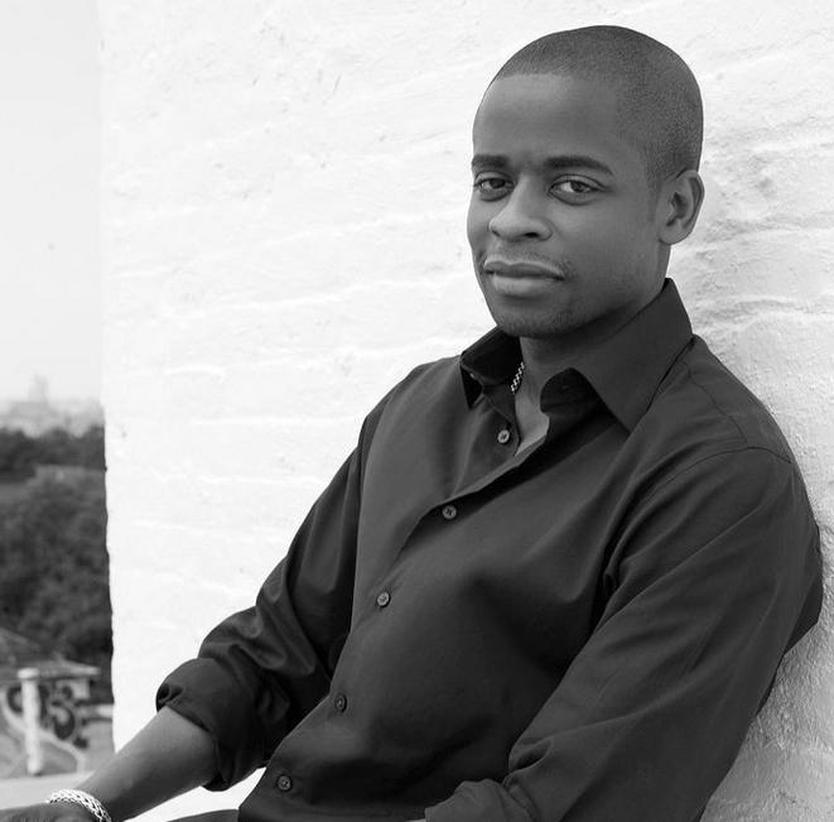 Dulé Hill was born in New Jersey on May 3. At a very young age, he started tap dancing and tap helped him break into the business. Tap dancing also allowed him to work alongside such greats as Gregory Hines and Jimmy Slyde.

When Dulé was in high school, he appeared in his first movie, Sugar Hill, and he's appeared in many things since then, such as She's All That, The Guardian, and many TV movies as well as guest spots on TV shows.

One of his best known roles is of Charlie Young from The West Wing. He appeared on that show until 2006 along with Martin Sheen, Rob Lowe, Bradley Whitford, and Josh Malina to name a few.

Recently, Dulé and Josh were engaged in a West Wing Twitter War which resulted with Dulé's fans, friends, and followers rallying behind  him  as the "Dulé Hill Army"

Dulé is on Twitter a ton and is definitely worth following. His tweets range from funny to sports, to inspiring and back again. He's always good for a laugh, a shoutout or game commentary for the Lakers, or a thought provoking sentiment. You will never regret following him!

It was an easy choice to spotlight Dulé, since he's definitely genuine, big hearted, selfless, and one of the nicest guys around. He's also gone above and beyond in support for us since joining Team True Beauty on Twitter. He's shared the campaign with his followers and autographed some headshots for us. When the headshots didn't make it here, he signed some more and fed-ex'd them right to us (you can find two of these autographed pictures up for auction tonight!) He also took the time to answer some questions about what Team True Beauty means to him.


TTB: What did you decide to join Team True Beauty?
Dulé: Someone asked me to and I completely agree with the mission of Team Beauty

TTB: What is one piece of advice you would give to people who are struggling to see their true beauty?
Dulé: Search for your passion. That is where you will find your beauty. It's right there inside of you.

TTB: If there is ONE thing that you can leave this spotlight with, concerning ANYTHING, what would it be?
Dulé: We are who we are and it is what it is...so we might as well enjoy the ride. Stay Encouraged. Later Will Be Greater

Make sure to catch Dulé on Twitter: @dulehill
On Facebook: www.facebook.com/#!/DuleHill
And on Psych on USA Network, Season Premiere in October!