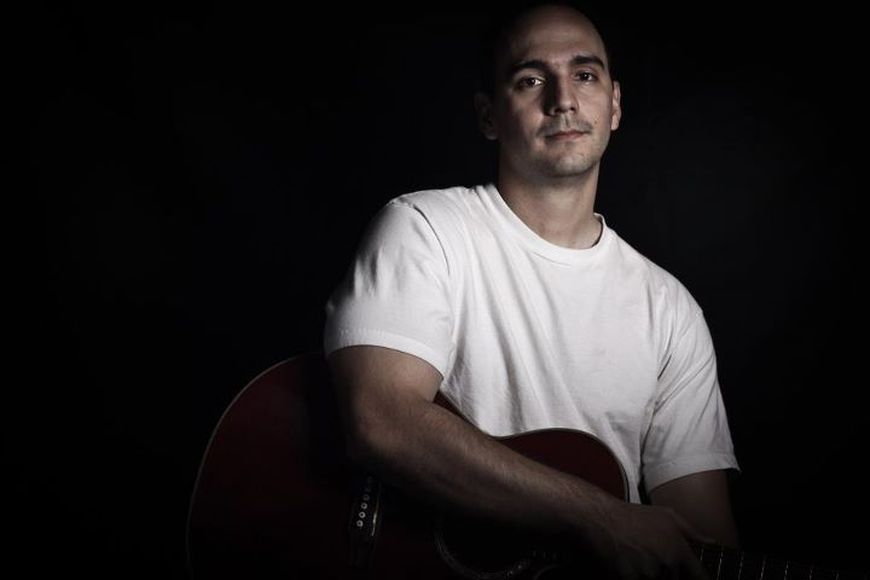 Mike Peralta is a singer and songwriter who should be on your radar!
He's a super nice guy with a real passion for his music. He's written over 150 songs and found his influence from Nirvana.
After learning how to play the guitar, he moved on to bass, keyboard, and drums, which lead to him recording songs and more songs, and even more songs! He never thought he was the best singer, but he never gave up. He played in many different bands in high school, usually with the same group of friends, but none of them stuck.
He's played many different venues, including Whiskey a Go-Go and recorded an album and a handful of singles which are available for you to listen to for free at http://MikePeralta.com/Discog.html. If you like what you hear, and you will, you can earn free MP3s by subscribing to his newsletters here: http://MikePeralta.com/subscribe
Somehow, Mike started following me, and from there, he found Team True Beauty and he's been a part of it ever since!
Now he's taken some time to share his thoughts about Team True Beauty and we're honored he did!


TTB:  Why did you decide to join Team True Beauty?
MIKE: I generally like to go around following music lovers and just cool people in general on twitter, or fans. I love any and all ideas for promoting mental health, self esteem, positive body image stuff, etc so when I came across your page I was on board right away. I actually have known a few people in my life with certain eating disorders and it's really tough. I hate it that the media puts pressure on people to look perfect, have those photoshopped magazine cover bodies, be a size 0, etc. It leads to image issues people shouldn't have to deal with.

TTB: What is one piece of advice you would give to people who are struggling to see THEIR true beauty
MIKE: No one needs to be a certain size, or a certain weight, to be beautiful. Beauty simply isn't about that. Not to sound cliche but beauty is totally in the eye of the beholder, and highly subjective. You could be totally unappealing to one person, but to another you could be a dream. So it's not really about trying to fit into some imaginary model of what you think beauty is supposed to be. It's about doing your best to be as healthy, happy, and confident as you    can be, and loving yourself whatever the outcome. Oh, and locating the people who think you're a dream! They're out there, trust me.

TTB: How do YOU describe Beauty? True Beauty? Is there a difference?
MIKE: Well like I said, beauty is subjective. It's entirely in our minds/perspective. Beautiful to one person could be ugly to another, and vice versa. Beauty is just a matter of feeling beautiful. To me true beauty is feeling beautiful and feeling the same way about everyone else in the world.

TTB: What is one thing that your fans/followers/TTB supporters would be surprised to find out about you?
MIKE: Hmmm they might be surprised to find out I used to be totally buff when I was younger. I was 185lbs and 4% bodyfat at one point - all ribs and muscle pretty much. My cardio was great, and I was stronger than almost everyone I met, even though I still generally looked like a lean guy. Then it all fell apart when I became a computer nerd and stopped hitting the gym every week. It wasn't really until then that I started to understand what it's like to have a body that doesn't match what you think beautiful is supposed to be. I eventually realized beauty and happiness aren't what's on the outside. When I was more physically refined, my beauty was coming from my confidence and the joy in being me and loving who I am. When I learned to get that back, I learned what true beauty is.

TTB: If there is ONE thing that you can leave this spotlight with, concerning ANYTHING (funny or serious) what would it be?
MIKE: Lets see... obviously if you want to be truly beautiful times two, go visit my website www.MikePeralta.com, listen  to my music, and sign up for my newsletter muahahaha. Also I think people would be a lot happier in life if they learned to emotionally separate their efforts from their expected results. Meaning, go ahead and hit the gym, eat healthier, go for walks, have more sex, do all you can to give your body a nudge in the right direction (note: this does NOT mean eat less, lol); Put forth a good effort.  But then, don't let your happiness depend on how fast or far you    make progress. Love yourself for the effort. Love yourself for being you. Love yourself for being alive! And tell fart jokes. Woot!