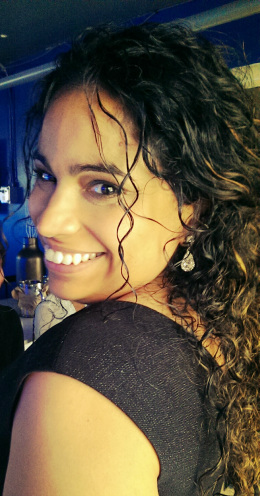 Tayrin was born in Santurce, PR and lived there until she was 5 years old.  After the age of five, her mom moved her to NYC where they lived until she was 12 years old.  They would then find their way to Buffalo, NY.

Tayrin became a supporter of Team True Beauty in March of 2012.  She admired Shantel's strength in her video while she told her own story and it inspired Tayrin to then open up through one of TTB's newsletters and voice her story on how she was a victim of Child Sexual Abuse at the age of 5.  Since then Tayrin started her own not-for-profit organization to bring forth awareness on sexual abuse while empowering those victimized.  She was in TTB's 2nd annual event "Empowering Within" panel discussion.  Tayrin came on as Board of Advisor of TTB in November 2013 and serves with her heart and passion to help young girls and women recognize their own strength, beauty and love through reflection and healing from within.

"I am beautifully, imperfect."  "It has taken me a long time to completely love myself  and accept me both internally and externally.  It has been a process of pain but without pain there is no growth.  Just like many I inspire to help at least one life and if I have then I am richer than most." ~Tayrin~