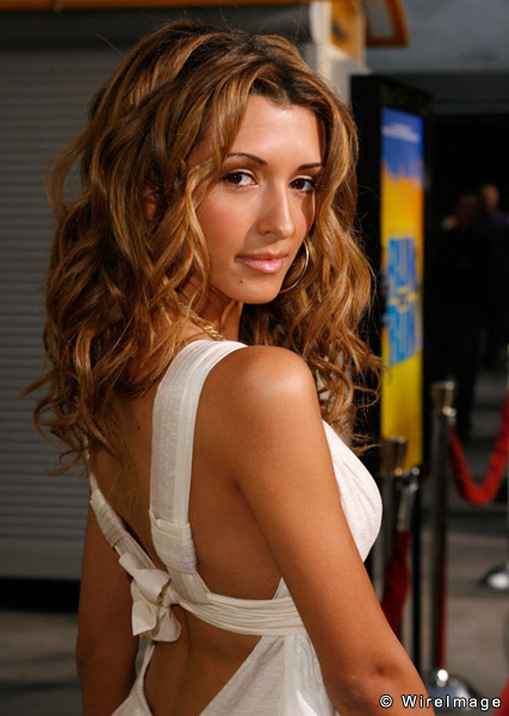 Born in England, actress India de Beaufort began performing at a very early age playing a core character for three seasons in the BAFTA(British Arts & Film Television Academy) nominated The Basil Brush Show. During her time with the show she took part in a nationwide tour showcasing her musical talent.
India has studied at the famous 'Acting Studios' of both London and Los Angeles and is perhaps most known for her role as Maya in Simon Pegg's 'Run Fatboy Run' directed by David Schwimmer. India said in her interview with Team True Beauty Vice-President Meriam Bouarrouj that it was her work on the film that switched her over from singer to actress.
Most recently she starred as Miranda Stone on the CW's veteran drama One Tree Hill.
India, who was a fashion and fine arts student in England, can next be seen in the new ABC Family series Jane By Design premiering in 2012.
She says she joined Team True Beauty because of its message. Well, we say we are honored to have India's beautiful message to girls be a part of Team True Beauty!

TTB: Why did you decide to join Team True Beauty?
India: I thought they were sending the right message, and I wanted to support that.

TTB: What is one piece of advice you would give to people who are struggling to see THEIR true beauty?
India: I'm learning that letting go, and being confident in your own skin is sexy. Loving who you are, and being secure in who you are, is hugely attractive.

TTB: How do YOU describe Beauty?
India: Awareness of others is a beautiful thing. Learning how to support and encourage, and stopping long enough to pay attention to someone other than yourself, is a truly beautiful quality. There are a thousand beautiful things we can find about ourselves.

TTB: What is one thing that your fans/followers/TTB supporters would be surprised to find out about you?
India: Hmmm. My front two teeth never grew in, so I had braces through most of senior school (high school). My hair is naturally curly, very curly. Kids used to make fun of me for it, so I spent most of my life blow drying it straight. In the last couple years I learnt to embrace it,  and now I love it. I have cellulite. In my ass. Wearing a bikini makes me really self conscious. I've decided that there cannot possibly be a woman alive without cellulite. Airbrushing and victoria secret models have got us thinking it's only some of us, but I'm pretty sure we all have it. I actually got really nervous shooting a scene for OTH in my underwear, because I couldn't find a pair of underwear to cover enough of my bum. I also found out about that scene just before christmas and spent the entire holiday in the gym. I hate the gym. I once tried spanx. I lasted about an hour. The extra 2 inch butt lift just wasn't worth the pain. I'm only just learning to be me.

TTB: If there is ONE thing that you can leave this spotlight with, concerning ANYTHING (funny or serious) what would it be?
India: I ended the last answer with "I'm only just learning to be me". I go to work events in little dresses, wearing hair extensions, and false eye lashes, and I see a hundred other girls doing the same exact thing. I walk a carpet, and I feel painfully awkward, because I so don't want bad pictures of my in silly poses with my mouth half open because I wasn't ready, appearing online, for the world to see, who would? But then I see those pictures, and there I am, standing in the same old pose, one hand on the hip, looking very uptight, and trying to pull my "sexy face" and I look even more ridiculous than I would have done, if I had just been myself. I was once in a relationship with someone who put a TON of pressure on me to look just the way he wanted me to. He would laugh at my nails if I hadn't had them done, and comment on how much better I looked with my upper lip waxed. It did so much damage to me. I piled on more and more make up, and more and more fake hair, until I was a version of me that I didn't even recognize, and I was so insecure. My job requires me to play dress up, and I love that, when I'm playing someone else, but it somehow crossed over into my real life. SO here's the deal, I am making a conscious effort from now on to chill the hell out, relax, and love myself the way I am, however I feel like being, on any day of the week. It still feels weird, letting go, and it might take me a minute to readjust, but so far, I am LOVING IT. I am learning that nobody cares! And anyone who does, shouldn't be in my life anyway.
So that's my last thought, we only get to be here once, so let's do it our way. It's so much more fun.

What great words of advice! We do get to have more fun if we do it our way! Thanks for the reminder, India!

For more India:
Check her out on Twitter: http://twitter.com/#!/indiadebeaufort
"Check out my new show, "Jane By Design" it airs on ABC family in Jan 2012. Woohoo!"
Read her interview with TTB Vice President: Meriam:
http://www.examiner.com/one-tree-hill-in-national/india-de-beaufort-talks-fun-on-one-tree-hill-music-how-one-actor-changed-her-life